Chris Silverström has been serving as Senior Evaluation Advisor, General Education at Finnish Education Evaluation Centre (FINEEC) since its launch in 2014. She works with quality issues in the basic education and produces evaluation reports in Swedish language. 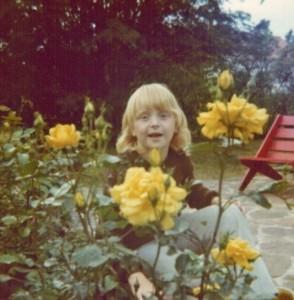 Chris grew up in Porvoo which is about 50 km east of Helsinki. It is a charming town filled with old wooden houses and home for 50,000 residents. As a child, Chris used to spend the entire summer in her family’s summer cottage. “We now have new summer cottages at the same place. I still spend my summer there with my husband and children. This is what Finns do in summer. Not much has changed since I was a child, besides the fact that our family traveled to Norway and Sweden this summer. That’s different – we didn’t go abroad when I was little,” Chris said.

Chris was an avid reader as a child. She attributes to her teacher in grade 3-6. “These are very important years at school, and I had a very good teacher – she would read a lot of books to us. I would go to the library and get the books she told us about. I read all the Chronicles of Narnia books by C. S. Lewis – it was very inspiring!” Chris said.

Chris taught mother tongue at an upper secondary school. The students were between 16 and 19 years old. They studied towards matriculation exam which is an important aspect of Finnish education system. “Matriculation exam was more old-fashioned when I was a teacher, today they use digital platforms. In order to go to universities, most students should pass and get a good grade in the exam,” Chris said.

Later, she taught smaller children in grade 1 and 2. “It was such an important task to teach 6- and 7-year-olds to read and write! When they finally read and write, I felt so proud of them. It was magical!” Chris said.

Chris’ mother tongue is Swedish – Swedish speakers in Finland comprise 5.2% of the total Finnish population. Both Finnish and Swedish are official languages of Finland. Chris has a bilingual family – she speaks Swedish to her children and Finnish to her husband.

Chris describes that over 40 percent of students at Swedish speaking schools in Finland are bilingual. In addition, all children learn Finnish from grade 1. Some years later, they begin to study an additional language, often English.

Finnish education has been a focal point of international attention in the last two decades. “We have reliable teachers. We also have an excellent education system, although we probably have municipalities with too few taxpayers to meet all the goals and objectives of it. I would like to see greater resources assigned to education in these municipalities. For instance, the children in smaller municipalities should have as many language learning options as children in bigger cities,” Chris said. 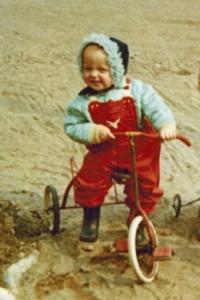 Chris emphasizes in welcoming and supporting new children coming from different countries to counterbalance shrinking population in Finland. She believes in keeping the tradition of children going to the nearest school. “Travelling many kilometers to go to an international school is not a very Finnish way. For international families, Finnish language support is essential. When students achieve the language competences, all other subjects become much easier for them,” Chris said.

One of the projects Chris is currently working on is an audit model for international schools abroad following the Finnish education model. There are different kind of international schools inspired by the Finnish education system. Some schools follow the pedagogical ways of thinking in the Finnish core curriculum quite strictly. Others only keep some elements of Finnish pedagogical thinking. The audits concern the first group. ”Essential elements from the Finnish core curriculum are for instance the collective well-being and equity in the school, the systematic support for pupils and the pupils’ role as active agents in the school, said Chris.