Harri is Director of Finnish Education Evaluation Centre (FINEEC) which covers evaluations of the entire education system from early childhood education and care to higher education. FINEEC has approximately 50 staff working in Helsinki and Jyväskylä. Harri sat down and shared his fondest memories of growing up and insights of Finnish education.

Growing up enjoying being around farm animals 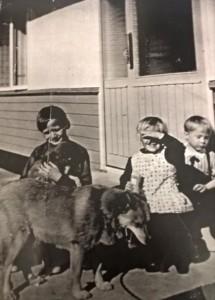 Harri grew up in Kaustinen, a municipality of 5000 people, known for its folk music festivals. As a child, Harri loved going to mom’s relatives’ farmhouse. He can vividly recall the smell of the rain and warmth of the sun in the countryside. There were a lot of children from big families to play with. They felt somehow farm work was their responsibility – they worked alongside older children and adults, feeling so important and proud! Harri loved farm animals – cows, horses, dogs, chicken, pigs, sheep, ducks and cats. He also loved riding tractors and mopeds. He could have easily spent the entire summer at the farmhouse, although he had to return home after a while. In fact, Harri wanted to grow up to be a traditional farmer!

Winter was just as much fun. On Christmas eve, then 6-year-old Harri received a new set of skis along with poles, boots and entire outfit from Father Christmas. “I was ecstatic – it was beyond my dreams! Luckily, I also received other toys to play with, so I could wait until the next day. When I woke up, I spent almost the entire day skiing on gleaming white snow until the evening. I remember feeling so free under the cold sky filled with stars and the moon light,” Harri said.

Harri’s school had 2 buildings on a hill. Free school lunch is Finnish tradition – 3 cooks made warm meals daily in the kitchen. He devoured school lunch, being so active and hungry all the time. His favourite meal was served on Thursdays – Finnish pea soup with local ryebread, butter and a glass of cold milk!

Harri reminisced about his favourite teacher – young male teacher who was new in town. Harri’s entire class had a strong bond. They used to hold profound philosophical discussions with the teacher. One day, his teacher invited the class to his home, served ice cream and soda and played games. “Conservative teachers did not like our new teacher, but he was the favourite among us. He still lives in Kaustinen with his wife who was also a teacher. Last summer I met with his 2 adult children,” said Harri.

Harri ventured into selling ice cream and candies at a kiosk as a teen during the summer. Later, he worked as a photographer’s assistant. The studio was a very busy place. Harri was at the counter, and also took passport photos of customers. 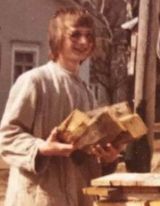 Then he became a postman. He worked in a yellow-orange postal bus, carrying both mail and passengers. The bus went on a long busy journey from morning to late evening, Harri stayed overnight in a local hotel and returned the next day on the same bus. Harri was dealing with huge sacks of mail while collecting fares from passengers. “The best part was that I got to meet and chat with lots of locals on the bus every day!” Harri said.

Harri has built his career in education development, especially in quality management and evaluations. He has been with FINEEC since its launch in 2014. “Finnish education system is flexible. If students choose, they can switch from vocational schools to the academic studies at universities. I, myself, have benefited from the flexibility when I finally decided to pursue academic studies,” Harri said.

Finland, like the rest of the world, is going through a rapid change in the society. Students are no longer homogeneous groups and schools are faced with unfamiliar challenges. Harri emphasizes upholding the strengths of Finnish education system. “It is based on trust. The trust came from the wise early investment, way before the international tests results were revealed in the early 2000’s. All teachers were required to receive master-level education. The trust for highly trained teachers meant that they were given a wide range of autonomy in classes, and school inspections were abolished,” Harri said.

Finland does not conduct national tests, but they have sample-based tests. They do not rank schools; children go to the neighborhood school which prevents school-shopping. Children are not burdened with demanding workload at school. Instead, the aim is to let them grow up to be balanced human beings. Becoming a teacher is a highly valued and popular profession in Finland.

Harri acknowledges that Finnish education system has areas to improve. “I encourage Finnish teachers to openly communicate with one another, and develop appreciation of diversity in students and parents. I would like to see more resources go into enhancing collaboration between teachers and teacher training universities. By doing this, teachers can receive continuous education, and aspiring teachers understand the reality of teaching at school and are better prepared for it,” Harri said.

Harri also shares the importance of modernization of teaching methods as children have unprecedented access to information online. More resources are required to meet the needs of different learning styles. “Studying for a degree is no longer the focus of education. More focus on cross-sectoral and interdisciplinary education is necessary,” Harri said.

On a final note, Harri would like to see optimism and positivity in Finnish society and leaving the cultural norm of Finnish pessimism behind. If Harri were to give a piece of advice to his child self, he would tell what former president Mauno Koivisto once said, “Unless we know for sure how it will turn out, let´s assume that everything will turn out well”.